A quick update on the last few months

Well, I know it's been a while since we've posted in here last. In that time a lot has happened. Our new little Chubb was born healthy on October 10. Eli's been growning so much and it's been so exciting to see how he changes almost every day. He recently started smiling at us which has been awesome!
Teaching at the kids club has continued to go well. I recently have been able to start up again after Eli was born and it's exciting to see the kids again and catch up with them. I took them to a paintballing place in the city last weekend and they had a blast. We even played against a professional team. We let the girls play on the team of 4 pros against 11 of us amateurs and they beat us every single game! Soon we're going to do a camping trip where we'll do several Bible lessons a day, sports, and we'll cook over a fire. The kids have been growing in their spiritual understanding, but it's been slow going. They have a lot of confusion due to such heavy Catholic influence from their families and community. Last Thursday I taught through the creation account and the fall. One of the things we ended up talking about the most how sin separates us from God and how God created the world perfect and how He loves us. One of the kids had some great input and I could see the lights coming on in his head. He said something like, "So God loves us, but he's also a fair judge. That's why Jesus had to be punished so we wouldn't have to." It's been encouraging to see their progress in understanding although it's usually pretty slow.
In November I had the chance to go out to the tribe and see the house we'll be moving into. Lily went with me and we stayed with the Bender family for a few days as we got to know them and see the community, house, church, and everything. We also took some furniture in for our coworkers, the Tigres. It looks like Vicente and Erendira are settling in well and are getting started in their ministry there. I'll post again soon with some pictures of the house and surrounding area. Being able to move into an existing house that's already set up with solar panels and batteries and all the equipment we'll need to hit the ground running is a huge blessing for us! We'll be able to save a lot of time and resources that would have gone into building a house and get started right away in culture and language study.
We're excited to make the move to the tribe soon. We're not sure exactly when it will be since we're still waiting for Chrissy to test out of Spanish study. She's doing really well and we're thinking it will be a few more months. I've been really impressed with how well she's done considering she's had 2 babies since starting language study 2 years ago. When she finishes we'll move into the tribe. We're expecting that to be sometime this spring but could be as late as fall.
We're also tentatively trying to plan a short furlough for next summer sometime. It would only be a few months to catch up with supporters, churches, family, and friends. Our visas are going to be in process though and it may not work out or we may have to plan it for a different time. We'll see though. 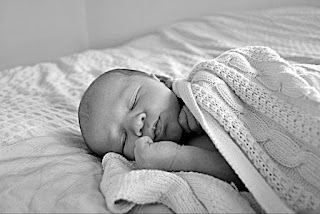