Light at the end of the tunnel

Well Spanish study has been long and grueling, but it looks like it may be over soon. I just took my language evaluation this morning which I'm hoping will be my last one. I have been pushing really hard the last few weeks in an attempt to push myself over the edge and be at the level I need to "pass" the language program. I won't get my results for a few days but I have a good feeling about it.

Chrissy is doing very well in Spanish as well. She hasn't been evaluated in awhile but she's cruising right along and people she hasn't seen for a few weeks are telling her how much of a difference they notice with her Spanish. If I do test out of the program with this last evaluation I'll have some new responsibilities. I met with our field leadership on Friday to discuss what I should be doing with my time while Chrissy finishes. It looks like I'll be taking care of the house and the kids so that Chrissy can get as much study time in as possible. I may also be serving in a temporary IT role for the field as well as preparing for our move into a tribal location. I'm sure my plate will be full but look very different than it does now.

Feel free to get in contact with us with any questions or concerns or just to talk. It's nice to hear from our family and friends North of the border :)

One other big upcoming decision is what tribe we'll work in. I'll try to write a blog post about this soon but as of right now we're still not sure. We're prayerfully considering our options and see where we would fit best.

***EDIT***
Turns out after much deliberation that I did actually pass. And I'm officially graduated from the Spanish program. 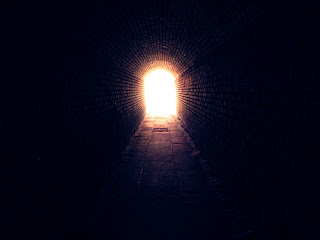