Having kids has been one of the greatest joys of my life. As much joy as they bring into my life, I know that I often complain too much about the struggles! The Lord is still working on my selfish heart. Don and I were talking the other day about how much fun it is to play with our kids, but how when we are trying to work on something or enjoy some leisure time while half playing with the kids.. neither thing is enjoyable.  Usually whatever it is we are doing can be paused and if we allow ourselves to do that to fully focus on our kids it is always enjoyable and fun (unless it’s a poopy diaper.. )!

I wanted to write a little bit about the last year in regards to our family life and share some prayer requests in those areas.

Ruth has been such a sweetheart from the beginning and has a very laid back personality. She has a somewhat serious personality and most of the time is not quick to smile, especially at strangers.  She doesn’t seem to be afraid of new people though, so that’s nice. She had some scary moments the first few weeks after she was born where she seemed to be choking on her spit up and not breathing well. For this reason I was a little paranoid with her and didn’t do much ‘sleep training’ for a long time. I started bad habits with her that I would never have recommended to anyone else, and she ended up sleeping terribly for months and months! It took until about a month ago when she was waking up every hour to two hours at night for Don to put his foot down. I wasn’t happy, but he was right. So after just 2 or 3 sad nights of crying she has gone down to one nighttime feeding (which we’ll quit soon) and only occasionally wakes and fusses back to sleep. 9 months of terrible sleep for both of us took it’s toll, but thankfully we are pulling out of that and my brain is starting to wake up again.  I’m glad we finally did it because I do believe children need good consecutive sleep (as well as adults) as they grow and learn, and that training her now will help her sleep more restfully as a teen and adult.  I’ve seen with Lily how much better she is able to handle life, frustrations and disappointments when she’s getting adequate sleep!

As of 9 months Ruth is starting to eat pieces of food and learning to chew. We always have laughed at her adorable chunky cheeks, but now we’re laughing harder because she has been using them to store food! She’s our little chunky chipmunk. I’m not sure if she’s concerned about when she’ll get her next meal or saving it for nighttime, but it’s pretty hilarious! I have to check her cheeks before nap time to make sure she doesn’t choke on something.

She’s still a bit slow with her motor skills! I don’t really know what to do about it. She is progressing, just quite a bit behind other kids. She does not look like she will crawl and she hasn’t become interested in standing or anything yet. Oh well. She flips over almost immediately when I put her on her stomach and gets frustrated fast if I try to force her there. All in her timing I guess.

Lily is almost 3 and we are hoping the terrible two’s don’t extend into her third year. hehe. She’s not all terrible, she really is a sweetie and pretty obedient when you make sure she’s paying attention. She is somewhat stubborn, but I’m not sure if we’ve got a classic strong willed first born or not. She is a sweet girl with a tender heart and loves to try to comfort Ruth or her friends when they need it. She loves animals and her puppy Roxy. Despite that we began potty training shortly after she turned 2 she is still fighting us pretty hard on it. She did great at the beginning and we thought we were done after about a month, but then Don went on a trip to Mexico City and I think she regressed because she was missing him or something. Since then it’s been a constant battle.  We know she can do it since she’s done it before, but she runs to us after an accident to say she needs to go potty.. so that seems like a genuine accident.  I don’t know what we can do at this point to get through to her.  :(

She’s also been getting out of bed at naps and bedtime for months now and keeps on having stretches where she’ll obey and then have a week or so of disobedience again even though we never let her win. She very clearly still needs her nap and wakes up with terrors in the night if she doesn’t take one (again, less sleep for everyone!). So, we are hoping she gives up that fight soon!

Another struggle we are having with Lily is her unwillingness to interact in Spanish or even with Spanish speakers sometimes. She was doing really well with it for the first 8 or so months we were here and then she started shutting down when spoken to in Spanish. We are trying to speak more at home in Spanish and practice different interactions with her. We know that she does understand a lot (I’m sure more then she lets on).  It seems like she does a little bit better when she’s in Sunday school and we aren’t with her. I’ve watched from afar as she happily plays and responds to some Spanish. It is just hard to know how to respond to her when she refuses to greet people (in a culture where greetings are important) or what to say when she won’t acknowledge a friend of ours.  She has started to sometimes even refuse to greet our friends in English and I’m not sure what’s going on there! We are hoping this will pass soon. Any ideas on how to help her?

SO, we could use prayer for several things.

That we would all be able to get some better sleep, especially our kids.

That we would have wisdom in training up Lily especially right now, since we are seeing her will demonstrated regularly and we have several problem areas with her right now. 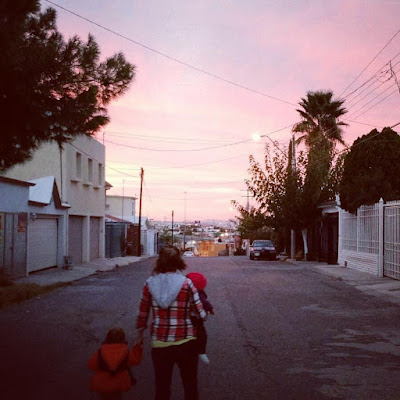 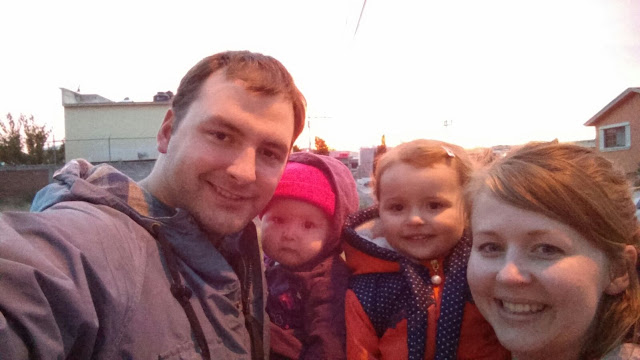