Warning this is going to be a long blog post...

A few weeks ago some missionaries were moving out of a tribal work here in Mexico and wanted some help moving some of their stuff and some dental equipment that belongs to the mission out with them. The drive for them to the nearest city is about 10 hours of mostly dirt roads, so helping them have to make one or two less trips was a big help for them. Another missionary here on the field of Mexico, John, and I went to do just that. We bought our truck for when we move into a tribe but it has been put to lots of good use since being here in the city (and it's given me a good excuse to take a break from Spanish and visit some of the tribal church plants in progress here in Mexico).

The first day we drove from Chihuahua to Durango. Most of the way it looked like this: 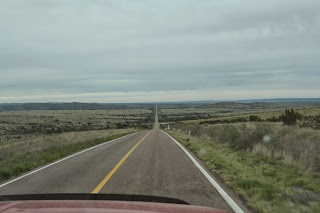 We stayed in Durango and then left the next morning for the village where the missionaries lived. It was a long and bumpy trip but uneventful, which is great news when you think about the possibilities of being stopped and questioned by the cartel or robbed on remote mountain roads. We saw a few little chapels/shrines where people would stop and light a candle and say a prayer for safe travel on some fairly dangerous roads. 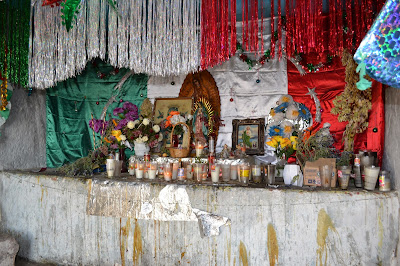 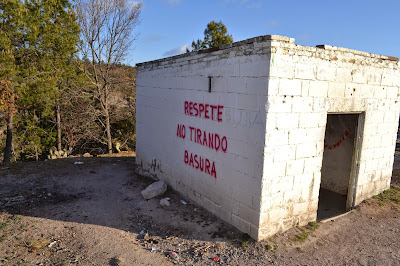 Here's another one cut into the side of this rock 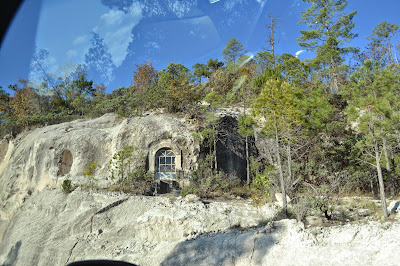 Here are a couple more pictures along the road: 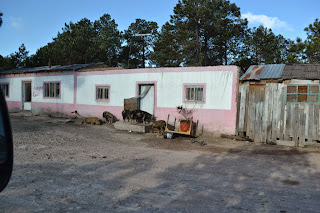 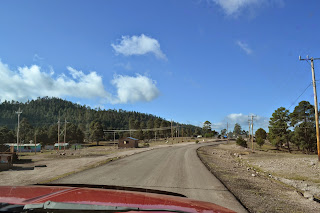 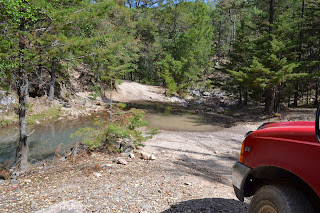 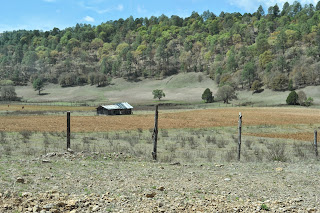 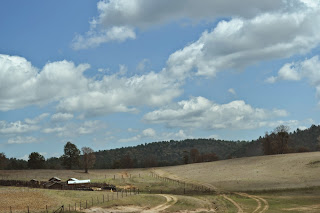 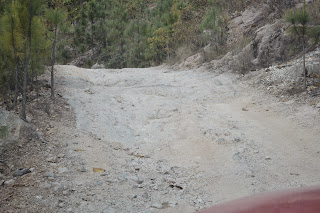 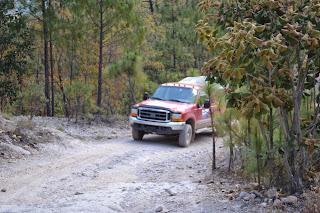 We arrived late afternoon and settled into the rooms we were staying in. The accommodations were more than adequate for us. Simple but comfortable and scorpion free (as far as we know.) 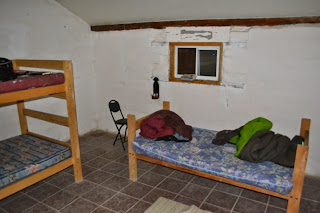 We stayed in a house that a missionary that was no longer living there had built. They did their best to seal any cracks where scorpions might get in so that was nice. There was no electricity but we managed just fine.

We spent the next two days organizing and packing dental equipment to take back to Chihuahua. 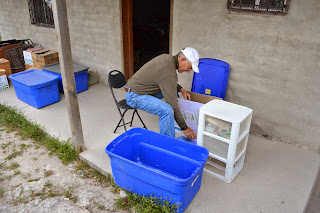 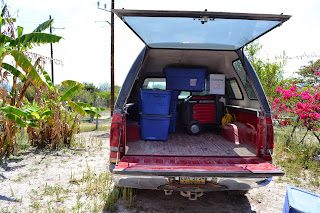 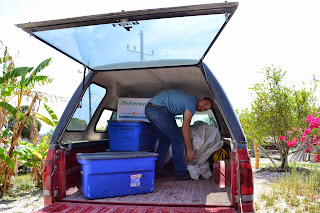 We were really glad for the extra high capper and the space it gave us to cram more stuff in.

Most of the people in the village right there didn't speak Spanish or at least not more than saying "Hi, how are you?" etc. So I didn't really get to talk to them very much. About a 20 minute walk from the village was the most beautiful place I've ever stood on earth. I did my best to capture it with the camera but you just can't capture the grandeur of it in a picture. 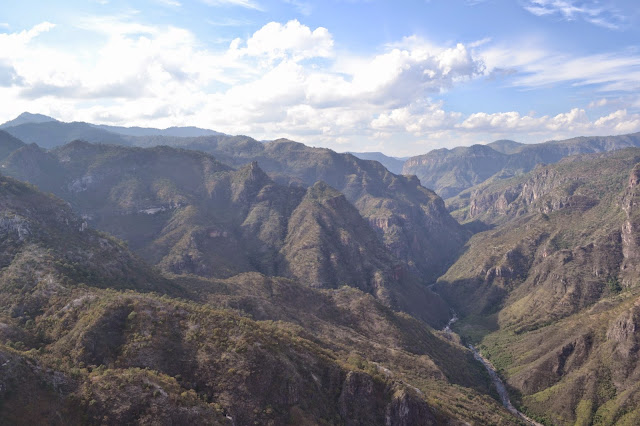 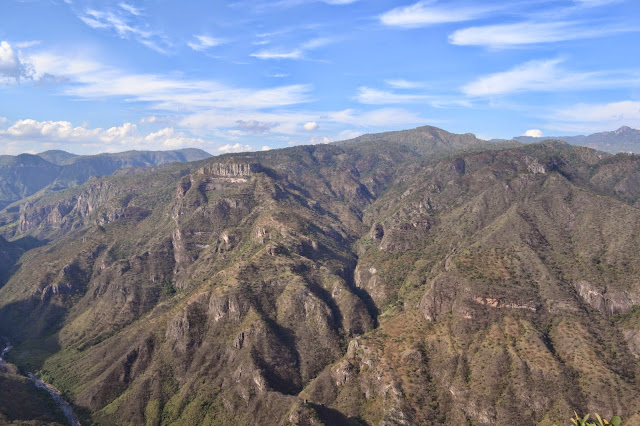 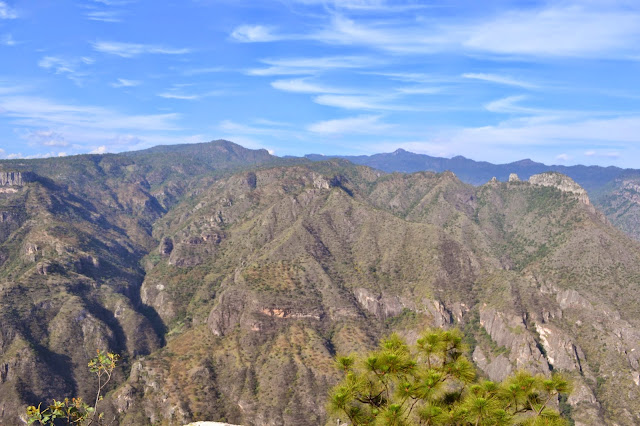 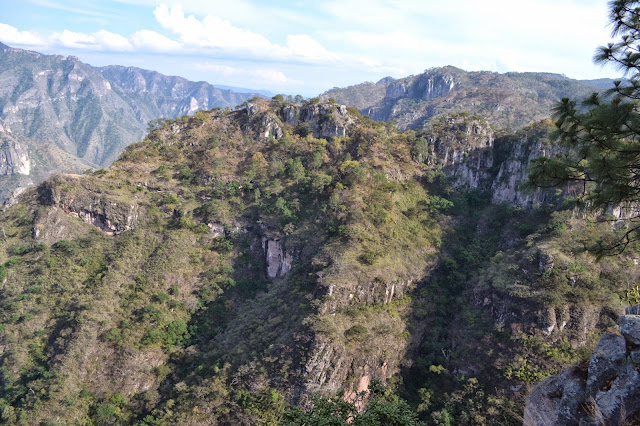 Here you can see the cliff that most of the pictures were taken from the top of. I threw a rock off of it and it took 12 seconds for it to hit the ground. This is me sitting on the edge of a sheer drop. (Your'e welcome, Mom) 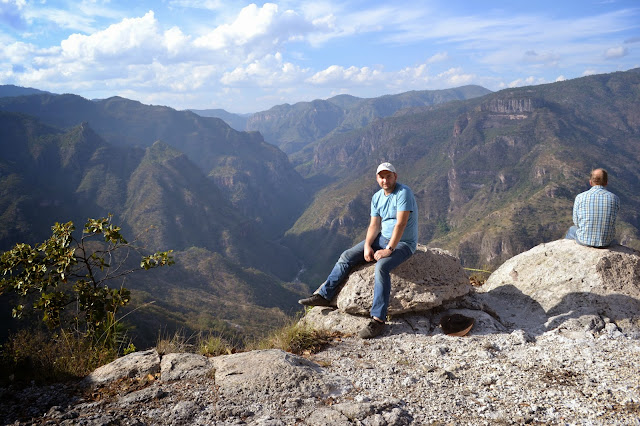 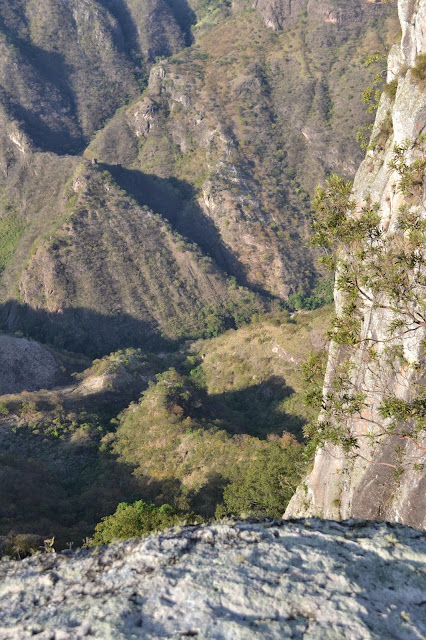 Anyway, I hope I didn't bore anyone with the pictures. This was just about 360 degrees of God's beautiful creation I wanted to try to share.

The missionaries that we were helping move out weren't leaving because the work is done and the church is planted and ready to function on its own. Actually quite the opposite, they had been there for years and learned the language and culture of the people there. But after 15 years of faithful service they still had not been allowed to teach God's Word. The people refused to come to, or allow any teaching. They finally gave an ultimatum saying, "Are you going to let us teach God's word to you or are we going to just have to leave?" (not an exact quote) And the people told them they weren't going to be allowed to teach.  Barry, the husband of the missionary couple that had been there for 15 years, said to me after breakfast the one morning, "Don, I want to tell you something. We worked in another people group for 23 years before we moved here. I finished a Bible translation that today no one reads. I've been here for 15 years with no visible results and not a single believer and you know what? Our Lord is worth it all. He is worth serving with your life regardless of the results." (may not be an exact quote but it's as close as I remember it.)

Coming from someone like Barry who literally poured out his life into ministry where there was practically no visible fruit means a lot. More than just somebody like me saying, "Oh yeah, our God is worth serving regardless of the results." Anybody can say that, but it meant so much to me to hear it from him.

During our time with them I kept thinking of 1 Corinthians where it says some plant, some water, but God brings the harvest. I don't think God is done in that community. Some other missionaries are going to continue working in that people group in a nearby town. When we were there we saw the relationship and the respect that the people had with Barry and his wife. We could see that they were intrigued by them and trusted them. In 1 Corinthians it doesn't say, "some plow.." but I think that's exactly what Barry and his wife did there. In a place where the people groups are so hardened to hearing God's word. Where many times even if the missionaries are allowed to teach, the message is rejected, sometimes you don't get to plant. But you can plow and soften the soil for someone else to plant and water. But we need to keep in mind that the results are up to God. He is the one working in people's hearts

1 Corinthians 3:5-9
5 What then is Apollos? What is Paul? Servants through whom you believed, as the Lord assigned to each. 6 I planted, Apollos watered, but God gave the growth. 7 So neither he who plants nor he who waters is anything, but only God who gives the growth. 8 He who plants and he who waters are one, and eachwill receive his wages according to his labor. 9 For we are God's fellow workers. You are God's field, God's building.

This was something I was thinking about in reference to that trip. What if we join a team and pour out our lives without seeing any results? Of course I would much rather that EE-Taow (click here if you don't get the reference. You can skip to about 9:20ish if you want) moment where I get thrown up in the air when the whole village believes and accepts the gospel. But when that's not the case will I be ok with being used to plow like Barry did? Will I be content because our Lord is worth serving or am I seeking my own glory? Anyway, it got me thinking.

Note: I was somewhat careful with names of people and places, and intentionally didn't show pictures of the village. In this day and age you never know who is going to see it and how it could affect things.
Email Post